“I’m sure everything will be fine :)”

Six foot tall with golden brown skin, purple tinted silver hair, Myx is an Aasimar of mixed parentage, which is betrayed to the keen observer by her eyes, one gold, one red and the faintest hints of horn nubs.

Keeping her nails long and sharpened to devilishly fine point,s as a personal nod to this heritage, she also wears a long, burgundy, hooded riding cloak at all times.

Myx was raised by her grandmother and it was when strolling through the woods near her childhood home that she was struck upon by a shambling mound; a creature made entirely of vines. Almost at death’s door, she was saved at the last moment by Titania,Queen of the Fey court. In repayment, Myx took Titania as her patron and has been travelling the realms in her service ever since.

As a warlock in a pact with the fey, Myx’s personality is often unpredictable and she is bursting with curiosity at the world around her, often to the chagrin of her closest friend, Tobe, whom she met on her travels. She is a well of optimism, even in the face of absurdity.

Fun Fact: Myx’s hair is never in the same style by the end of the day as the style she started the day with as Tobe has almost always absent mindedly changed it for her whilst thinking about something else. 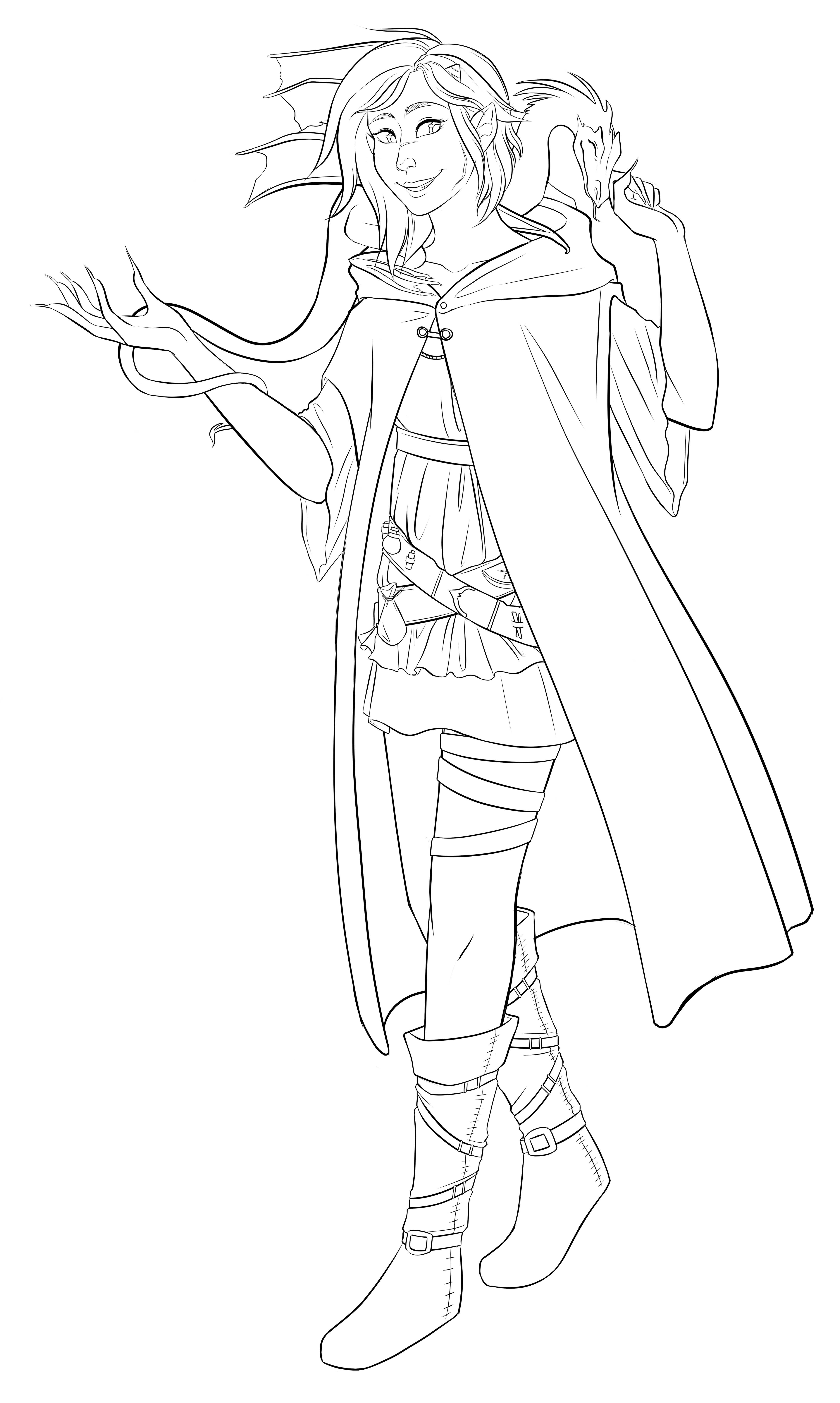